Widely regarded as the “greatest Champion in team sports”, Bill Russell played center for the Boston Celtics of the National Basketball Association (NBA) from 1956 to 1969. During his 13-year career, he won 11 NBA championships while playing as the centerpiece of the Celtics dynasty. Russell and Henri Richard hold the record for most titles among North American athletes. There is no doubt that Russell is one of the greatest basketball players of all time.

“To play good defense … it was told back then that you had to stay flatfooted at all times to react quickly. So when I started to jump to make defensive plays and to block shots, I was initially corrected, but I stuck with it, and it paid off.” – Bill Russell.

2. Monroe was a very segregated town then, and the Russell family often had to deal with racism daily.

3. Russell’s father made a move to Oakland, California, when he was eight years old. Their poverty led them to live in public housing projects during Russell’s childhood.

4. A paper factory janitor, his father was described as stern and hardworking.

6. Russell’s early basketball skills needed to be improved. Despite being a good runner and jumper with large hands, Russell was cut from Herbert Hoover Junior High School’s team because he didn’t understand the game.

7. After watching Russell play in a high school game, recruiter Hal DeJulio from the University of San Francisco (USF) offered him a scholarship. Although DeJulio was unimpressed, he could sense Russell’s exceptional instincts for the game. As a result, Russell eagerly accepted DeJulio’s scholarship offer.

9. The Celtics traded Ed Macauley, a six-time NBA All-Star, and Cliff Hagan for Bill Russell after Red Auerbach recognized Russell’s defensive toughness and rebounding prowess were what the Celtics needed.

10. Russell played his first Celtics game against the St. Louis Hawks on December 22, 1956, the same team that drafted and traded him away to Boston.

11. At the 1956 Summer Olympics, he captained the gold-medal-winning U.S. national basketball team.

12. He was inducted into the Naismith Memorial Basketball Hall of Fame in 1975.

14. The Celtics played the “Hey, Bill” defense thanks to Russell, who was so quick he could run over for a quick double team and make it back in time if the opponents tried to find an open player.

15. Shot-blocking skills also made him famous. Using this skill, the other Celtics could play their men aggressively; if they were beaten, Russell would guard the basket.

16. Russell holds the NBA Finals record for most rebounds (40).

18. He holds the record for the most consecutive games with 20 or more rebounds.

20. In any of his thirteen playoff seasons, he has averaged at least 20 rebounds per game.

22. As a member of the NBA’s first team, Bill Russell was selected three times.

23. Sports Illustrated named Bill Russell “Sportsman of the Year” in 1968.

24. Boston erected a statue of Russell on City Hall Plaza in 2013 to honor him.

25. He won 11 championships, the most by far, despite never averaging more than 20 points per game in any NBA season.

28. It was never necessary for Russell to work part-time. However, during the offseason, other Celtics had to work to maintain their standard of living. That was the norm in the NBA during those times for players to work part-time.

30. His coaching career earned him a second induction into the Naismith Memorial Basketball Hall of Fame in 2021.

31. To defend against his opponents, Russell read Dell Magazines’ 1950s sports publications, which he used to scout opponents’ moves.

33. A visit to Africa by Russell in 1959 marked the first time an NBA player had visited the continent.

34. In 1963, during the great “I have a dream” speech, Martin Luther King Jr. asked Bill Russell, sitting in the front row, to join him on stage, but he declined, saying that he “hasn’t done enough”.

35. He was awarded the medal of freedom by President Obama in 2011.

Did you enjoy this article? Please share the love on your social media! 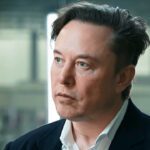