Born in the “executive” South African capital of Pretoria in 1971 on June 28, Elon Musk is many things… among them, he is a visionary, a risk taker, a businessman, an investor, and a father of 7 children. He is famously known as one of the co-founders of PayPal and the current CEO of Space X and Tesla. He is also the founder/co-founder of several other companies, such as Open AI, The Boring Company, Zip2, and Neuralink. As of January 2023, Elon Musk is the second richest person on the planet, with an estimated net worth of 146.8 billion dollars U.S.

2. When he was 17, he emigrated to Canada from South Africa. After transferring to the University of Pennsylvania, he settled in the United States.

4. During his time at the University of Pennsylvania, Musk and his roommate Andeo Ressi rented a house and converted it into a nightclub to cover rent.

5. His first business venture, Zip2, along with his brother Kimbal, was started after just two days at Stanford University. Newspapers are used in their business directories and maps provided by the company. Compaq acquired the company in 2004 for $307 million.

6. When he was 12 years old, Elon Musk developed and sold a video game to a magazine. PC and Office Technology magazine bought ‘Blastar,’ a space fighting game, for $500.

8. Television appearances include The Simpsons episode “The Musk Who Fell to Earth” and The Big Bang Theory.

9. Robert Downey Jr. took inspiration from Musk when creating Tony Stark. Certain parts of Iron Man 2 were filmed inside and outside SpaceX.

11. Space Exploration Technologies, or SpaceX, was founded in 2002 by Musk. Musk believed humanity’s survival depended on its ability to become a multi-planetary species, but current rocket launch technology needed cheaper. Through the launches of Falcon 1 in 2006, Falcon 9 in 2010 and Falcon Heavy in 2018, he was able to accomplish this.

12. He confessed that he named one of his sons Xavier after Professor Xavier of the X-Men.

13. Space exploration and the discovery of clean energy are among the goals of the Musk Foundation, established by Musk. The Foundation operates a telescope in Utah as part of Musk Mars Desert Observatory.

15. It is estimated that thank’s to Elon’s SpaceX, reaching the ISS (International Space Station) now costs NASA about 60 billion dollars instead of $1 billion per mission.

16. Musk introduced his latest project in 2013 – the Hyperloop, a new form of transportation that, in theory, could transport people from San Francisco to Los Angeles in half an hour. Musk has said he will build the ring if no one else does.

18. He holds a bachelor’s degree in economics and physics.

19. Space X and Tesla are both responsible for most of Elon’s wealth, especially Tesla.

20. He has been married three times. Once to Jennifer Justine Wilson and twice to Talulah Riley. 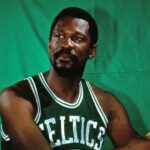