Google is a search engine and software company that provides many of the world’s most popular smartphone apps, including Gmail, Search, and Chrome. It is the public face of Alphabet Inc. Two friends founded Google Inc, Larry Page and Sergey Brin. Together they invested early on in the new technology of search engines. The primary function of Google is to provide end-users with the most relevant search results.

Today, Google is the largest collection of information in the world, containing trillions of web pages, photos, videos and more. It is available in over 100 languages. The earliest version of Google was called BackRub. And before you ask us, yes… Google is blocked in China in favor of China’s search engine Baidu.

2) The name Google was derived from the word “Googol”, which refers to the number represented by a one followed by 100 zeros (10). That describes the amount of information available through Google’s search engine and gives users an idea of how much information is available online.

3) Google is the 4th most valuable company in the world.

4) Google’s headquarters are in Mountain View, California, at 1600 Amphitheatre Parkway. It is referred to as “the Googleplex” by employees. To date, it has undergone extensive expansion.

5) Google went public in 2004 and is now traded under the NASDAQ stock exchange under GOOG. Larry Page and Sergey Brin were each given 7 million shares as a part of the IPO, while Eric Schmidt received 16 million shares for agreeing to be the executive chairman at Google.

6) Google’s first product was Google Search, and today, it is the largest search engine in the world by far. Microsoft’s Bing is in a distant second.

7) Google’s search engine is constantly being updated, and new features are added regularly, most of the time without the end-user noticing.

8) Google has begun the development of self-driving cars. The car was designed with the help of Chris Urmson, a former Carnegie Mellon University roboticist and software engineer for Google’s self-driving car project. These vehicles are being used to collect data from real roads that will be used to develop future generations of autonomous vehicles, but only with a few hiccups.

9) By late 2010, Google had accumulated over 1 billion mobile users across all Android devices.

11) Google Search has an estimated 130 trillion pages in its index.

12) Daily, worldwide, people conduct over 5 billion searches. That accounts for over half of all internet search traffic.

13) Annually, Google generates over $100 billion in revenue, making it one of the largest companies in the world. Most of this comes from Google Search via Adwords Advertising and Adsense.

15) Google has acquired several companies that have allowed it to diversify from its original search engine technologies. Some of these include; YouTube, Blogger, Adsense, DoubleClick, Motorola Mobility, Map Maker and many others.

16) The European Union has fined the company multiple times for antitrust practices.

17) Google owns many sub-companies that are used for many of Google’s leading technologies, most notably Android, where it controls the operating system and the apps developed by third-party developers.

18) Google Search is programmed in C++, Python, Go, Java and other languages.

19) Larry Page and Sergey Brin considered changing the company’s name to something other than Google because it sounded less like a technology company. But they decided against it.

20) Google has several annual events, such as Google I/O, where developers and executives gather for presentations to learn about the latest innovations in technology and discuss topics.

Commentary: Google Inc is the king of internet traffic, thanks to its search engine Google Search and YouTube. With that said… I hope you enjoyed reading these facts about Google as much as I enjoyed writing them! 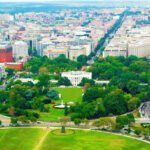 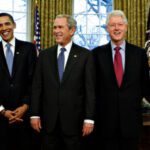 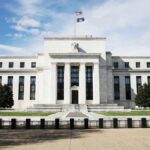 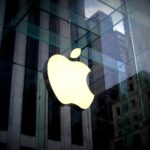