The beautiful city of Kansas City is Missouri’s largest and most populous city, with a population of over 500,000 people. Kansas City is located in southwestern Missouri on the border of Kansas. The city is a major Midwest cultural, political, and business center. Kansas City was originally founded by John McCoy in the 1830s when he established West Port along the Santa Fe Trail. The city was an important regional trade centre and central transportation hub for the west from 1890 to the 1930s.

Most tourists have yet to learn about Kansas City – Missouri, so we hope you enjoy these Missouri Facts and encourage you to visit.

1. Kansas City is the capital city of Missouri and has over 500,000 residents.

5. The total population of the Kansas City Metropolitan Area, which includes the Kansas–Missouri state line, is about 2,392,035.

6. There are over 70 languages spoken in the city!

7. Kansas City has plenty to admire, with over 80 parks and more than 15 golf courses.

8. Speaking of parks, the largest park in Kansas City is Swope Park. You will find everything from soccer pitches and golf courses to a treetop adventure park.

10. The city is also home to the NCAA’s Missouri Valley Conference (the third-oldest collegiate athletic conference in the United States). In addition, it has a few college teams, including the Sporting Kansas City of the United Soccer League (USL).

13. The city’s airport is the largest in Missouri and one of the busiest airports in the midwest.

14. Kansas City has over 30 fountains located throughout the city. 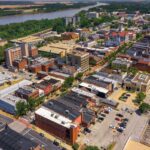 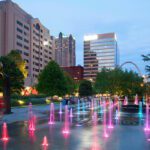 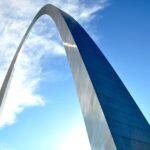