The Los Angeles Clippers are a professional basketball team based in Los Angeles, California. They are currently members of the Pacific Division of the Western Conference in the NBA. During the glory years of

“Lob City”, the team had a lot of success in the regular season, making it to the playoffs six times in a row, from 2021 to 2017. Blake Griffin, DeAndre Jordan, and Chris Paul were on the same team.

Below, we will discuss interesting facts about the Los Angeles Clippers.

1. The Clippers were founded in Buffalo as the Buffalo Braves in 1970. They relocated to San Diego, California, in 1978, then to Los Angeles in 1984 by then-owner Donald Sterling.

2. Former Microsoft CEO Steve Balmer owns the team. He has an estimated net worth of $108.5 billion, making him the wealthiest owner in all team sports worldwide. He purchased the team from Donald for 2 billion dollars in May 2014.

3. The Clippers currently play their home games at the Staples Center, sharing the arena with the Los Angeles Lakers. However, the team is constructing its Arena in Inglewood, known as the Intuit Dome, to get out of the Laker’s shadow at Staples Center.

4. The team colors are Red, blue, black, silver, and white.

5. The franchise has an estimated value of 2.75 billion U.S. dollars.

6. The name “Clippers” was chosen after a local naming contest was held when the team was still in San Diego. The Clippers’ name references the many sailing ships through San Diego Bay.

7. The Clippers’ first-ever head coach was Dolph Schayes from 1970–1971. The current head coach is Tyronn Lue, who won the 2015–16 NBA Championship with Lebron James, becoming the most successful coach in the history of the Cleveland Cavaliers.

8. The Los Angles Clippers have made it to six NBA Finals since moving to Los Angeles in 1984, but they have never hoisted up that coveted trophy.

9. Their last notable achievement was when they won their first Pacific Division title under coach Vinny Del Negro back in 2010.

10. Unfortunately, the Clippers are the oldest team in the league, never to have played in the NBA Finals.

12. The team’s current best player is Kawhi Leonard. He is 30 years old and has won 2 Championships with the Toronto Raptors and the San Antonio Spurs. 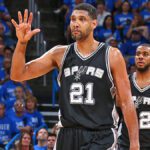 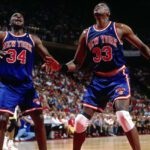 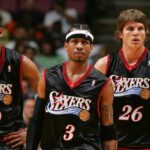 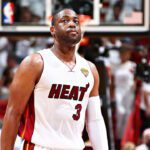