Named after Queen Catherine of Braganza (wife of King Charles II), the New York City borough of Queens is one of the most diverse areas in the entire country. It’s also home to many African Americans and immigrants from more than 90 countries and is America’s second-largest Asian-American district. Yet, as an anchor borough that sits at the edge of some of the best neighborhoods in all of NYC, it is one of New York City’s best-kept secrets. This article provides a brief history of Queens and lists some fun facts about Queens, NY.

1. Queens was established in 1664 after the Dutch surrendered the area to Great Britain.

2. Queens has a population of just over 2.4 million people – and if it were separate, it would be the 4th largest city in the United States behind the rest of New York City, Los Angeles, and Chicago. But, by area, it is the largest borough in New York City.

3. The borough has more people than 40 of the world’s countries.

4. Queens is one of the most diverse areas in the United States. At least 25% are Latino, 20% black, 27% Asian and about 45% caucasian/white. That means over 50% of the population speaks a different language from over 220 countries.

5. Queens is home to two of New York City’s main airports, John F. Kennedy International Airport and LaGuardia Airport. Both airports see over 45 million passengers flying from and to the borough, making it the 3rd busiest by air passenger traffic in the United States, behind Chicago and Atlanta.

6. With 50 floors and 205m tall, the One Court Square (commonly known as Citicorp Building) is the tallest building in Queens.

7. The best time to travel to Queens is fall or spring.

9. By “size of collection”, the Queens Public Library is the largest in the United States. It has over 7 million items in its collection.

11. Queens has better parking than the boroughs of Manhattan and Brooklyn.

12. This fact may be hard to believe, but Chinatown in Flushing is more extensive and diverse than lower Manhattan Chinatown.

13. Kew Gardens is one of the most beautiful neighborhoods in Queens.

14. In Queens (Flushing), Arthur Ashe Stadium is home to the U.S. Open.

15. Some of the best Hip Hop artists in the nation are from Queens, people such as Nicki Minaj, LL Cool J, Nas and Mobb Deep.

16. Queens is home to the New York Mets of Major League Baseball.

17. It doesn’t get the same love as Manhattan’s Central Park, but Flushing Meadows–Corona Park in Queens is one of the most beautiful parks in New York. It was founded in 1939. 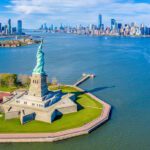 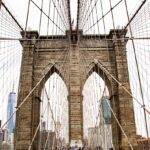 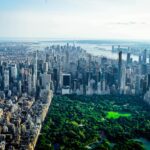 Top 10 Things To Do In Central Park 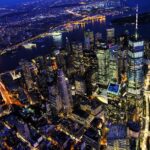