A politician and businessman, George Walker Bush, served as the 43rd president of the United States from 2001 to 2009. Previously, he served as the 46th governor of Texas from 1995 to 2000. Bush flew warplanes in the Texas Air National Guard in his twenties. In 1975, he graduated from Harvard Business School and worked in the oil industry.

His bid for the House of Representatives in 1978 failed. Later, he co-owned the Texas Rangers baseball team before becoming governor of Texas in 1994. He is the son of George W.H. Bush.

Check out these 16 Iconic Quotes By George W. Bush

3. To those of you who received honours, awards and distinctions, I say well done. And to the C students, I say you, too, can be president of the United States.

4. Freedom itself was attacked this morning by a faceless coward, and Freedom will be defended.

5. Leadership to me means duty, honor, and country. It means character, and it means listening from time to time.

6. Some folks look at me and see a certain swagger, which in Texas is called ‘walking.’

7. When I take action, I’m not going to fire a $2 million missile at a $10 empty tent and hit a camel in the butt. It’s going to be decisive.

8. After the chaos and carnage of September 11th, it is not enough to serve our enemies with legal papers.

10. I believe a marriage is between a man and a woman.

11. I believe that God has planted in every heart the desire to live in Freedom.

12. The once all-powerful ruler of Iraq was found in a hole and now sits in a prison cell.

13. The resolve of our great nation is being tested. But make no mistake; we will show the world that we will pass the test.

14. So, I’m lying on the couch, and Laura walks in, and I say, ‘Free at last,’ and she says, ‘You’re free all right; you’re free to do the dishes.’ So I say, ‘You’re talking to the former president, baby,’ and she said, ‘consider this your new domestic policy agenda.’

15. The financial crisis should not become an excuse to raise taxes, which would only undermine the economic growth required to regain our strength.

16. I would like to be remembered as a guy who had a set of priorities and was willing to live by those priorities. In terms of accomplishments, my biggest accomplishment is that I kept the country safe amidst real danger. 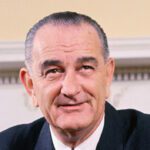 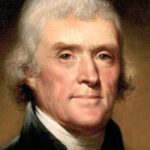 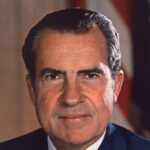