Tampa is a city on Florida’s Gulf Coast, located on Tampa Bay. It is also one of the world’s largest business centers and is home to theme parks, sports, museums and other fun activities. Tampa is also very diverse, home to many ethnic groups, such as Hispanics, Africans and Asians. This diversity is one of the things that make Tampa such a wonderfully diverse place for everyone!

2) The town was initially called Fort Brooke and was an important military outpost for the United States.

4) Over 4 million people live in the Greater Tampa Bay area, which includes Tampa and Sarasota.

7) In Tampa, families can enjoy an amusement park and zoo in one place. Busch Gardens is one of the city’s best-known attractions.

8) It costs about 9% less to live in Tampa than in the rest of the country.

9) Crime rates in Tampa are lower than those in Miami.

10) Orlando and Tampa’s crime rates are higher than the national averages.

11) Tampa has hot, humid summers and short, cool, windy, partly cloudy winters. There is a wide range of temperatures throughout the year, ranging from 52°F to 90°F, rarely falling below 38°F and rarely rising above 94°F.

12) Besides being known for its perfect weather, Tampa is also known for its lighting. It’s no coincidence that the NHL hockey team of the Bay area is called the Lightning since it gets hit by Lightning the most in the nation.

13) The city is also home to the Tampa Bay Buccaneers, an NFL football team. In addition, the city has hosted a fantastic 5 Super Bowls.

14) At the heart of the city is the University of Tampa, a private residential institution located on the riverfront.

16) Established in 1905 by Casimiro Hernandez, Sr., the Columbia Restaurant in Y-Bor City is the oldest restaurant in Florida and the largest Spanish restaurant in the United States.

17) Held almost every year since 1904, the Gasparilla Pirate Festival is a fun festival focused on Pirates where a big giant pirate ship invades the city.

18) Just like Orlando, Tampa has a lot of fun family things to do, such as Adventure Island, Busch Gardens Tampa Bay, ZooTampa at Lowry Park, The Florida Aquarium, Museum of Science & Industry and much more. 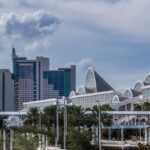 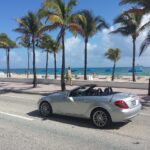 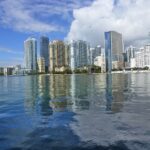