Texas is located in the South Central region of the United States. It is the second-largest U.S. state by both area (after Alaska) and population (after California) by 2020, with a total area of 268,596 square miles (695,662 km2). In addition to its borders with Louisiana, Arkansas, and Oklahoma. Texas also borders the Mexican states of Chihuahua, Coahuila, Nuevo León, and Tamaulipas, and the Gulf of Mexico to its southeast.

Texas was first inhabited around 16,700 years ago. Native American tribes, such as the Akokisa, Karankawa, Mogollon, and Comanche, then occupied the land.

The first Europeans in Texas were Spanish missionaries who promoted Christianity. The area became known as Coahuila y Tejas when Mexico took control in 1821.

After the Texas Revolution began in 1835, settlers in this province-often called just Texas-rebelled. During the 1836 battle at the Alamo in San Antonio, the rebel army suffered a terrible defeat at the hands of the Mexican military. The loss did not deter the settlers, however. In a cry of “Remember the Alamo!” many joined the rebel army, and soon Mexico surrendered.

The Republic of Texas was formed in 1836 as an independent nation. Texas joined the United States in 1845 after fighting hostile tribes and Mexican troops. 1861 saw Texas leave the Union and 1870 saw it rejoin with the end of the Civil War.

According to legend, Caddo tribe members greeted Spanish settlers with Tay-yas, which means “friends” and sounds like “Texas.”

During the Republic of Texas’ declaration of independence in 1836, it flew a single star on its flag. Thus, the state is nicknamed the Lone Star State.

The Gulf Coastal Plains are a bunch of hills in the state’s south and east. But, of course, the Pine Belt also produces nearly all of Texas’ commercial timber.

Some of the state’s biggest ranches are located in the Interior Lowlands, which cover the northeast. The Great Plains stretch to Canada in the north and west of the state. Texas’ only mountainous region is the Basin and Range Province. In the south, it’s bordered by the Rio Grande, which marks the border between the United States and Mexico.

A place to see in Texas is a black bear, an armadillo, a coyote, a cougar, a jaguarundi, a tiger salamander, and a leopard frog. But, of course, you will want to take advantage of the birds! Texas has more bird species, such as screech owls and hummingbirds, than any other state. In addition, many plants grow in the area, including pinyon pines, mesquite, cottonwood, and cacti.

Texas is famous for its oil rigs – hundreds pumping beneath the earth – but it is also known for its cattle. More cattle live in Texas than in any other state. In addition to wool and cotton, Texas has one of the largest wind power farms in the world, with more than 100,000 acres of wind turbines. In the past, the turbines provided 45 percent of the state’s electricity.

Some Fun Facts About Texas

Texans, who live so close to Mexico, have developed a cuisine called Tex-Mex, a mix of Mexican food and American cooking.

Six flags are flying over Texas: the British, French, Mexican, Texan, American, and Confederate. Six Flags amusement park was named after them.

Are you a cowboy at heart? Texas has thousands of ranches and rodeos.

Texas is home to many sports teams, such as the Houston Rockets, including the most valuable franchise in the world, the Dallas Cowboys. 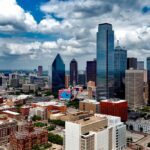 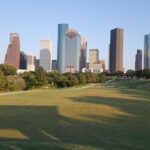