The Federal Reserve, or the “Fed”, is the United States central banking system.

As a result of a series of financial panics, the Federal Reserve Act was enacted on December 23, 1913, to resolve financial crises through central control of the monetary system. The Federal Reserve System has expanded its roles and responsibilities due to events such as the Great Depression in the 1930s and the Great Recession in the 2000s. Today it is one of the most powerful central banks in the world.

Fact #1: The Federal Reserve is one of the most powerful central banks in the world

For the U.S. economy to function smoothly, the Federal Reserve has many essential responsibilities. Including raising or lowering interest rates to achieve price stability, economic growth, and maximum employment. Since the Federal Reserve has been around for over 100 years and represents the largest economy in the world, it is no surprise that it is arguably the most influential central bank in the world.

Global investors closely follow the comments of the Fed’s Governor since changes in U.S. monetary policy can have profound implications for the rest of the world.

For example, increased interest rates in the U.S. often affect borrowing costs in other countries around the globe. Moreover, global economic factors include the value of the dollar as well: Since oil, gold, and other commodities are traded in dollars, any change in the dollar’s value directly affects global producers of those goods.

Furthermore, currency fluctuations can increase the liability of countries that owe U.S. dollar debt repayments. Finally, the Fed can affect the dollar’s value against other major currencies through its actions and operations. For instance, a rise in interest rates often leads to increased capital flows to the U.S. and demand for dollars.

Fact #2: The Federal Reserve System consists of many banks

Even though each regional Fed branch oversees operations in its location, N.Y. Fed is considered the most influential regional bank since it implements the FOMC’s decisions.

The Board of Governors oversees the entire network of Federal Reserve branches. While regional branches only serve as the operational arm of the central bank, they are an important component of the Fed System from a regional perspective.

Its primary purpose is to control inflationary pressures, promote maximum employment, and support economic growth. Adjusting interest rates is the Fed’s primary tool for achieving its goals. Interest rates can be lowered to encourage spending, investing, and economic development in an economy showing signs of weakness and inflation below the Fed’s target (usually around 2%).

Similarly, the central bank can hike interest rates when the economy is doing well, and inflation rates start rising above the Fed’s target. As a result, borrowing becomes more expensive, economic activity decreases, and prices increase less. Additionally to interest rates, the Fed can engage in Quantitative Easing, which consists of buying government securities and increasing the money supply.

Fact #4: The Fed does not print money.

Contrary to popular belief, the Fed does not control money creation. Even though the central bank can influence the money supply (and does), actual money is printed by the U.S. Treasury.

The U.S. Treasury oversees the U.S. Mint and the Bureau of Engraving and Printing, which print all U.S. paper currency and coins. In addition, the U.S. Treasury is responsible for putting the money into the domestic fiscal system.

Private banks are responsible for creating money through lending. The Federal Reserve doesn’t directly control loans issued by private banks. Still, it can influence the process of money creation through changes in interest rates (lower interest rates stimulate borrowing, while higher interest rates restrict it) and changes in bank reserves (the amount of private money banks need to hold as reserves).

When determining monetary policy, there needs to be more clarity. The Fed’s Board of Governors is not directly responsible for the country’s monetary policy. Reserve requirements are the minimum amount of money that private banks must hold in reserve to meet a sudden spike in withdrawals.

On top of that, the Fed’s Board of Governors sets the discount rate, which is the rate the Fed charges on overnight loans to banks and other financial institutions to help them meet minimum reserve requirements. That’s why the Fed is also known as the lender of last resort. Federal Open Market Committee, or FOMC, is the Fed’s monetary policy-making body. Open market operations include buying and selling government bonds by the FOMC.

Meetings of the Fed’s Board of Governors can significantly affect financial markets, as noted previously. As investors anticipate the effects of interest rate changes, they have an immediate impact on the value of the dollar and major financial markets.

Markets pay particular attention to the FOMC meetings, which are held every other Monday as part of the Fed’s regular meetings. During the FOMC’s eight regularly scheduled meetings annually, the Committee reviews and analyzes current economic reports and conditions to determine monetary policy. 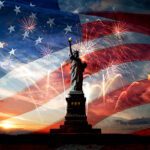 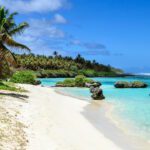 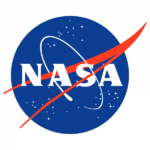 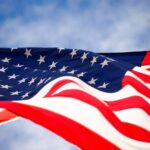