The United States Army is the world’s premier land warfare force. It is the largest and oldest established branch of the U.S. armed forces and is one of eight U.S. uniformed services. The Army was officially established on June 14, 1775. George Washington created it to fight in the famous American Revolutionary War, which led to the United States gaining independence from Great Britain.

Today, the U.S. Army is known for having the most powerful, the best trained and equipped, and the most technologically advanced Army in the world. The Army is headquartered at the Pentagon, and the current commander-in-chief is President Joe Biden. Lloyd James Austin III is the current Secretary of Defense.

In this article, you will learn and discover things and critical facts about the U.S. Army.

1. The United States Army was officially established on June 14, 1775.

2. The Army was established by the Continental Congress, which authorized several regiments of foot soldiers and some artillery units to help in the Revolutionary War battle against Great Britain.

3. George Washington is the leader who helped create the U.S. Army in 1775 when he served as its commander-in-chief during the Revolutionary War.

4. The U.S. Army is the largest branch of the U.S. military and holds the title of “the nation’s professional ground combat arm.”

7. The United States Army Reserve (USAR) was formed on April 23, 1908. It is more potent than many other countries’ militaries.

8. The following are the combat branches of the Army – Infantry, Armor, Artillery, Special Forces, Air Defense Artillery, and Aviation. They are supported by the following branches – the Military Intelligence Corps, the Corps of Engineers, the Chemical Corps, and the Signal Corps.

9. The U.S. Army has over 50 of its own laboratories, including two military research centers. It also owns over 15 million acres of land.

10. The Army National Guard (ARNG) is both a reserve and an active-duty component of the Army and serves in all 50 states, three territories and 48 countries worldwide.

11. The ARNG’s federal mission is to provide units and individuals to augment and reinforce active Army forces in war or national emergencies and to provide unit training to Army Reserve soldiers when not deployed with operational teams.

12. The U.S. Army is globally deployed worldwide to support United States’ interests at home and around the world in combat zones that are far away (such as Iraq or Afghanistan).

13. The U.S. Army has prepared all principal field commanders, generically called “global commanders.” They are trained to work with foreign leaders needed to protect our country worldwide.

14. If the U.S. Congress were to create a city just for the Army, that city would be the 10th largest city in the United States, more prominent than cities such as San Francisco.

17. The United States has always been a country of immigrants, which is valid for its Army. For example, during the war against Britain, 1/3 of Union Army Soldiers were African-Americans and immigrants.

18. The United States Army has over 200,000 ex-military people, veterans, reservists and retired military.

19. The United States Army is the only Department of Defence branch with its own band, the U.S. Army band (the “Pershing’s Own”).

21. The military has an estimated 4400 bases in the United States and around 600 in over 60 countries. That makes the U.S. army/military unique; the ability to deploy assets and wage multiple wars very quickly simultaneously.

22. The Army is the largest employer in the United States.

23. The Army has about 500 Dogs. These dogs serve multiple purposes and are very important to the Army’s strategies. Additionally, the dogs are trained to detect explosives, drugs, and more. 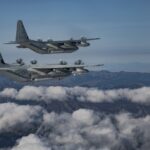 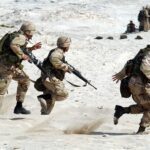 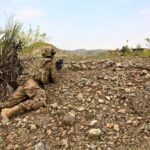 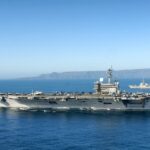