Philadelphia is located in the southeastern corner of Pennsylvania, United States and is the sixth most populous city in the country. Philadelphia is also filled with tons of history and has a rich culture that has been around for many generations. The Declaration of Independence was signed here, and there are many other cultural artefacts to be found all over this lovely city. It also shaped several revolutions and American ideals, including abolitionism and democracy.

Please take some time to learn about what makes the city so unique and read up on some interesting facts about Philadelphia below before your next vacation.

1. The city was founded in 1682. That makes it one of the oldest cities in the country. William Penn, an English writer from England, founded it.

2. It is the city of nicknames: Philly, The City of Brotherly Love, The Birthplace of America, The City that Loves you Back, The City of Neighborhoods, The Quaker City, and The Cradle of Liberty.

3. Philadelphia has a population of over 1,584,064, making it the sixth-largest city in the United States.

6. The City of Brotherly Love is a sports city. It is home to the NBA’s Sixers, the Eagles (NFL) and many other sports teams – at amateur and professional levels.

7. Philadelphia is the Art Centre of the US; art is significant here. All over the city, there are over 2000 outdoor murals.

8. The first Sunday paper published in the country started here.

9. Philadelphia has the highest number of parks per capita in America.

10. The city used to have eating content every year before the Super Bowl (the final one was held on February 2/2018). It was called the Wing Bowl, and it attracted over 20,000 people. But, again, the idea came from the Super Bowl.

11. The city is home to many restaurants and food markets, including Reading Terminal Market, which is one of the most famous markets all over America.

12. Philly has the second-highest number of Italians and Irish people in the United States after New York City.

13. The United States Mint in Philly was the first Mint in the country. Launched in 1969, it is also the oldest Mint still operating today. If you love coins, then you must visit.

14. Even though Philly is home to the declaration of independence, both John Adams nor Thomas Jefferson did not sign the constitution because they were not in the city at the time.

15. The Mütter Museum has a great collection of interesting medical specimens, including a photo of Einstein’s brain, slices of people’s faces, and more cool things. 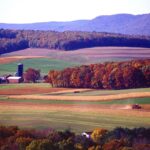