Boston has been a popular destination since before America was even discovered as a nation, with more than twenty ships arriving during colonial times alone. However, in 1630, when the first permanent construction in Boston was built, this then-sleepy fishing village became what it is today: a bustling metropolis known for its universities and world-class hospitals.

Today, Boston is the 21st most populous city in the United States, with a high standard of living. The city is rich in history, cultural activities, and a breathtaking cityscape. The Massachusetts capital will enchant you with its beauty, charm, and vast array of things to do. Discover more facts about the beautiful city of Boston below.

15 Interesting and fun facts about Boston

1. The city’s famous “Beantown” nickname comes from Beans. The city’s early settlers loved Beans. In 1625, a new law was passed that every family must plant one-half acre of beans. The settlers were issued a peck of beans at the beginning of the planting season and could trade extra beans for other supplies. That is how Boston got its nickname “Beantown.”

2. Boston is the largest city in Massachusetts and its capital city. It has a population of over 692,600 residents and sits on the coast of Massachusetts Bay, a small arm of the Atlantic Ocean.

4. Founded on September 7, 1630 – Boston is one of the oldest cities in the world, even older than the United States.

5. The city of Boston is named after the town Boston – Lincolnshire in England – the U.K., where the city’s original settlers came from.

6. At 90 feet deep, Boston’s Ted Williams Tunnel is the deepest in the USA. The tunnel goes under the Boston Harbor, which is pretty cool.

7. Boston is a city of many firsts – the Little Brewster Lighthouse in Boston is America’s first lighthouse, built in 1716. Also, the first Chocolate factory in the U.S. was opened in Boston – in 1765.

8. Established in 1634, the Boston Common is the oldest public park in the United States. When you are in town during summertime, we highly recommend you visit.

10. In 1990, over $500 million of paintings/art was stolen from the Isabella Stewart Gardner Museum. The most significant theft of Art in the world. To this day, the crime remains unsolved, and works of Art have not been recovered.

11. There is an entire island in Boston Harbor dedicated to Fort Independence, which was once a substantial military base used during the American Revolution.

12. Built in 1912, Fenway Park is the oldest active ballpark in MLB (Major League Baseball). It is home to the Boston Red Sox, one of the greatest teams in the history of baseball.

13. Boston is well known for its rich Irish, Italian and Jewish heritage. St. Patrick’s Day and Christmas are celebrated every year in the city.

15. Boston has been one of America’s most important ports since before it was even America.

Did you like these facts about Boston? Let us know what you think by sending us a message here or an email directly to feedback@factsabouttheunitedstates.com. 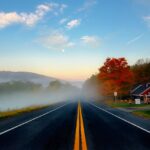