Las Vegas is the largest city in the state of Nevada. Las Vegas is located in Southern Nevada on the southern end of the Las Vegas Valley. Las Vegas has a unique history as it was founded by gambling developers in 1905 and became established as a resort destination. It remained a small village until 1942, when employment opportunities for World War II service members transformed this desert town into what would become an international center for gambling, entertainment, and conferences.

Below you will discover 15 cool and interesting facts about Las Vegas.

2. The famous Las Vegas sign was erected in 1959 and is located south of the city on the Las Vegas Strip.’

4. How long is Las Vegas? – Las Vegas Blvd, or “The Strip”, runs a length of 4 miles and has become synonymous with gambling and entertainment.

5. Las Vegas has many nicknames: Lost Wages, Sin City, Disneyland for Adults, and The Lady.

6. The largest hotels – the Mandalay Bay Resort, the MGM Grand, and The Bellagio are on The Strip.

8. In Las Vegas, you can find nearly 3 million square feet of casino space.

9. One of the city’s main attractions – The Golden Nugget, is a gaming and hotel resort located in downtown Las Vegas and is owned by Landry’s, Inc.

10. Most conventions in the United States are held in Las Vegas – approximately 22,000 per year. That is a lot of conventions!

11. Las Vegas is one of the brightest cities on Earth.

12. 20 of the largest hotels in the world are based in Las Vegas.

17. Many people are confused, but prostitution is not legal in Las Vegas.

20. McCarran International Airport is the largest airport in Las Vegas.

21. The Venetian Las Vegas Hotel is the second-largest hotel in the world.

22. The Stratosphere Las Vegas is the tallest freestanding observation tower in the United States. It is 1,149 feet.

23. The Luxor Las Vegas Sphinx is larger than the original one in Egypt (the Great Sphinx of Giza). It stands at an impressive 101 FT high.

24. The Mirage Hotel in Las Vegas has over 3000 rooms and is one of the most recognized hotels in the world.

25. Officially opened in 1993, the Luxor Hotel & Casino is one of the most fabulous hotels in the world, if not THE most fabulous. It looks like the pyramids of Giza. It used to be the biggest hotel in the world. 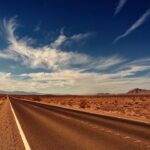