Los Angeles (L.A.) is the second-most populous city in the United States of America and is vital to the nation’s economy, politics, and entertainment. The simple truth is that L.A. is a massive melting pot with a diverse population unique in every sense. The city is one of America’s “Green Cities,” boasting beautiful beaches and charming neighborhoods. It’s full of art museums in various forms and styles. And, of course, we must remember the Hollywood scene.

1. Before the American-Mexican war of 1847, Los Angeles was called El Pueblo de Nuestra Señora la Reina de Los Ángeles Sobre El Río Porciúncula. Thus, Los Angeles and the State of California used to be part of Mexico. This fact is reflected in the high number of Mexicans calling L.A. home.

2. L.A. has a population of around 4 million and is the most populous city in California.

4. L.A. has several nicknames: The City of Angels, LA LA Land, “the city of distractions”, or simply LA.

5. This might surprise you, but downtown Los Angeles has the second-highest government buildings behind Washington, D.C.

7. The U.S. Bank Tower is the tallest tower in California and one of the tallest in the United States.

8. Parking is tough to find in Los Angeles! Believe it or not, they are more cars than people.

9. The Hollywood sign was only meant to stay up for one year as a real estate company advertisement. It used to be called Hollywoodland.

11. Los Angeles has the highest number of female entrepreneurs in the U.S.

14. Los Angeles is blessed with beautiful weather and Palm trees but beware of the silent killer underground – Earthquakes. Regular seismic tremors/activity are expected. There are thousands of earthquakes every year in the state of California. 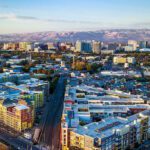 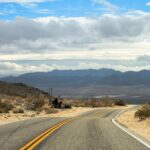 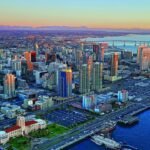 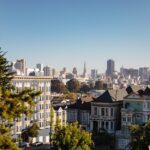